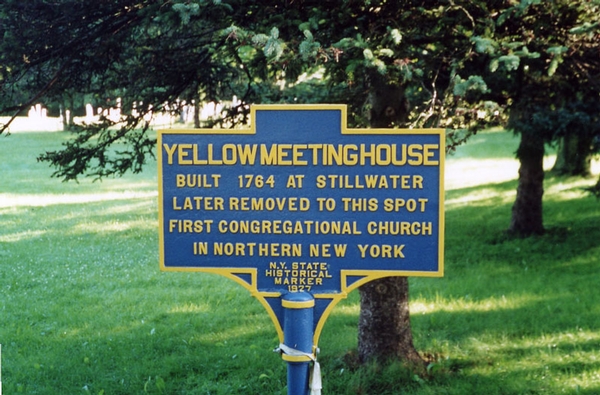 Located on the corner of route 75 and VanNess Road. The Congregational Church was formed at Canaan, Connecticut on June 26, 1752 and arrived in Stillwater in June of 1762. The cemetery is located there. 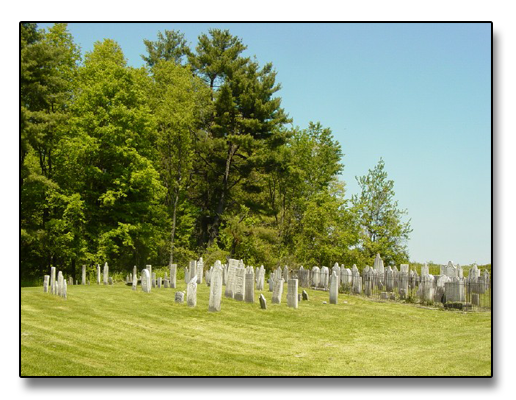 “This Cemetery is one of the oldest in the county. It is situated on the north side of the road, directly in the rear of the “Yellow Meeting House” distant about two miles north west of Mechanicville. The character of the stones, a considerable number being of heavy Brown stone, and of ornamentally cut marble, indicates the wealth and importance of the early settlers, whose names they perpetuate. A large number of old unmarked field stones are in the back part of the cemetery. The inscriptions were copied September 11, 1877, by E. D. Harris and C.E. Durkee.”