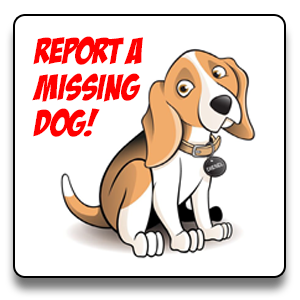 The Canine Control Officer cannot pickup stray cats – New York State Law indicates that cats are ‘free to roam’, therefore we have no legal authority to pickup and transport cats believed to be without owners. However, a resident acting as a “Good Samaritan” in the best interest of the animal(s) may transport the animal to an animal shelter.

Our pets are multi-talented wonders who are undoubtedly part of our family. They’re also just as prone to accidents and hazards around the house like other family members. We are excited to share with you this Pet Safety Guide to help people secure their home specifically for pets. The guide includes tips on how to keep your house and yard in order, precautions to take when you are “out” and other helpful tips.

Pet owners have responsibilities to make sure that they are providing sufficient food, potable water, adequate shelter and medical attention (including required vaccinations) to their animals.  Regular grooming such as nail clipping and trimming of breeds whose coats grow long is also part of these responsibilities.  Failure to provide these items could result in a finding of neglect – a misdemeanor under New York State Agriculture and Markets Law Article 26.

Animals must be treated humanely.  They may not be subjected to torture, beaten or harmed in any manner.  A finding of abuse is a felony under New York State Agriculture and Markets Law Article 26.

There are many Shelters and Rescue Organizations who have pets who are waiting to find their forever homes-here is a list of several area organizations’ links with available pets to start you on your search for your new best friend:

Here is an additional resource when considering adopting a pet into your home-a pet cost calculator:

Dog bites are a serious problem. Dog bite victims number from 500,000 to 1 million annually in the United States.  Many more bites go unreported and untreated.  The startling reality is that children make up more than 60% of all dog bite victims, and often these bites are to the face, neck and head because of the child’s stature.

Fortunately, there are steps we can take to reduce the risk of dog bites.

For your own pet these include:

NEVER LEAVE A BABY OR SMALL CHILD ALONE WITH A DOG

TEACH YOUNG CHILDREN TO BE CAREFUL AROUND PETS AND NOT TO APPROACH STRANGE DOGS.

IN CASE OF A BITE:

(For Canine Control bite case purposes a bite is classified as an actual break in the skin.)

In the absence of a local law regarding cats and their control, Animal Control CANNOT pick up stray and feral cats.

If a resident, acting as a Good Samaritan in the best interests of the animal, feels that a cat is unowned, homeless, feral, etc., they may transport it to the County Animal Shelter with the Shelter’s permission. Call 885-4113 to make arrangements.

Canine Control investigates every complaint which comes to us – whether in person, via phone, by mail or email. We endeavor to educate residents as to their responsibilities as dog owners at every opportunity.  Often a warning is sufficient to solve a problem.  We will give only one warning before we require a written complaint.

While an Animal Control Officer may file a complaint and write a ticket for a violation he/she has personally witnessed, we rely on formal resident complaints for incidents which occur when we are not present.

Any person, who witnesses an attack or threatened attack on a person or a companion animal; or an adult on the behalf of a minor, may make a complaint about a dangerous dog to an animal or dog control officer.  The officer will advise the complaining party of their right to initiate a dangerous dog proceeding against the owner of the dog in question.  Statements are taken and then the officer brings the action before the Judge to get an order to seize the dog until such time as the matter is decided in court.  Judges have many options in deciding what becomes of the dog if deemed dangerous at trial, including behavior training, restraint, muzzling, confinement, neutering, and euthanasia.  Call Canine Control at 518.253.4663 if you believe a dog is dangerous.

Dogs are not deemed dangerous if they are found to have been protecting themselves or their offspring, protecting premises during the commission of a crime, reacting to pain, etc.

For a link to the Agriculture and Markets Law, please click here.

New York State requires that all dogs 4 months of age or older and resident in the state for more than 30 days be licensed.  These licenses must be renewed yearly.  The law also requires that the dog’s license tag be firmly attached to the dog’s collar or harness and worn at all times.  Licenses must be obtained at the Town Clerk’s office.

The following proofs must be presented at the time of licensing:

Rabies is a deadly disease caused by a virus that attacks the nervous system. The virus is present in the saliva and the nervous tissue of a rabid animal. Rabies can be transmitted to animals and humans via the bite of an infected animal or through its saliva entering an open cut or mucous membrane (nose, mouth, eyes).

What animals can get it?

Rabies is most often seen in wild mammals such as raccoons, bats, skunks and foxes. Cats, dogs and livestock can also contract rabies if they are not vaccinated to protect them. Deer and large rodents such as woodchucks can also be affected.

Some animals almost never contract rabies such as rabbits, squirrels, chipmunks, rats, mice, etc. Other animals never ever get rabies, such as birds, snakes, turtles, lizards and insects.

What are the signs of rabies?

Signs of rabies include unusually aggressive or unusually tame behavior in wild animals. The animal may lose its fear of people and natural enemies. Staggering about (also called drunken sailors’ gait), convulsions and paralysis may also be symptoms of rabies. Mange, (severe hair loss which is caused by a mite) is NOT a symptom of rabies.

What should you do if you think you have been exposed?

Wash the wound thoroughly with soap and water and seek immediate medical attention. Try to capture the animal without damage to its head or risking further exposure. All animal bites should be reported to the Saratoga County Health Department at 518.584.7460, whether the animal is wild or domestic.

The cost of the rabies clinics is free; however, donations are accepted.  All vaccination certificates are written for one year.  If a previous signed certificate is produced, a three year certificate will be written.